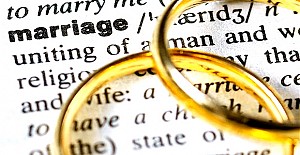 In a letter addressed to the clergy and faithful of the diocese regarding the recent Supreme Court ruling on same-sex marriages, Archbishop Michael provides instruction and guidance. In part, he writes: "Today we have heard the decision of the Supreme Court of the United States to overturn all bans of same-sex marriages by states.  In doing so, it has declared such unions as being a constitutional right.  This means that same-sex marriages can be legally performed in all states of our country. Despite this announcement, nothing has changed the teaching of our Holy Orthodox Church."