DEEPEST SYMPATHY is expressed to: Matushka Genevieve Glagolev; her children Christia, Marina, and John; her grandchildren; and all their family; on the falling asleep in the Lord of her beloved husband and their father and grandfather, + Mitred Archpriest Sergei Glagolev, who fell asleep in the Lord on Wednesday, September 1, in Santa Cruz, CA.

Father Sergei, an accomplished musician and a beloved pastor, had served (among others) Holy Trinity Church in East Meadow, while teaching at St. Vladimir's Seminary, and attended the parish again in retirement before moving to California to be closer to his daughters.

"Grant rest eternal in blessed repose with the Saints, O Lord, to the
soul of Thy servant, the newly-departed and ever-to-be-remembered,
+ Mitred Archpriest Sergei, who has fallen asleep in the Lord, and
may his memory be eternal! Vechnaya pamyat!"

A detailed biography of + Father Sergei may be found at:
https://www.oca.org/in-memoriam/archpriest-sergei-glagolev

Saturday, September 11
9:00 AM Divine Liturgy, followed immediately by the Litya from the
Panikhida, and interment.

Father Sergei had a profound impact on the music of the Orthodox Church, and especially in the Diocese of New York and New Jersey. In his work at St Vladimir’s Seminary, his tenure at Holy Trinity parish in East Meadow, and his workshops throughout the Diocese, he taught, composed, and demonstrated the ideal of Orthodox music for worship in America. He influenced countless church musicians.

Father Sergei believed and preached the power of singing sacred text. From his childhood he knew the best and worst of singing in both Slavonic and English. He had the great Russian music tradition in his blood, and he also knew Bach, folk music, and American jazz harmonies. He cared ardently and taught eagerly about the intimate link between the sacred words and the music that conveys them.

Fr. Sergei’s personality, his ethos, was always joyful, positive, his smile inspiring. To use a musical idiom, Father Sergei was always “upbeat.” Consequently, his musical scores and his manner of conducting always reflected that same joy. In these ways, Father Sergei was the perfect example to all liturgists, to all directors and singers, as it is our task to use our musical talents to share and instill the joy of Christ in all.

His impact on this Diocese was more than musical. A Diocesan musician has spoken of “the aura of love” that seemed to surround Father Sergei. His humility was profound; his joy in living was palpable; and his kindness to every student, singer, and stranger was unfailing. Though his health eventually diminished him physically, he remained a towering figure through the force of his joy and love.

His voice is silenced but his deep faith, love, and joy speak to us through the music he composed. He has left us a legacy of truly American Orthodox music. May his memory be eternal! 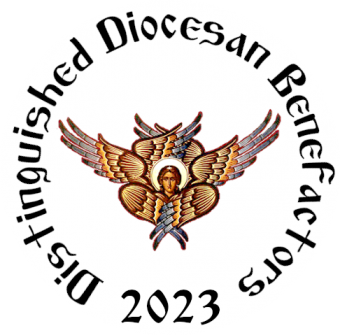